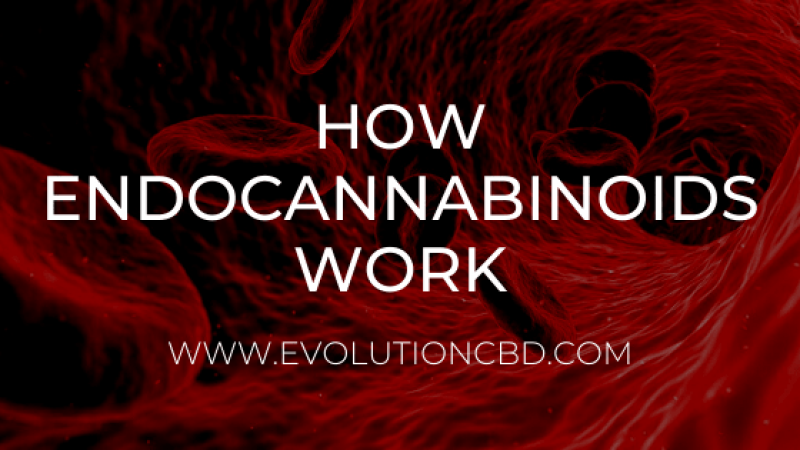 How the Endocannabinoid System Works - The ECS Explained

With the legalization of hemp, the interest in studying its effects continues to grow.  Hobbyists and scientists have all pitched in.  Everyone is trying to understand how endocannabinoids work to deliver its psychoactive and medicinal benefits to the human body.

As expected, this intense fascination with hemp led to some exciting discoveries.  Most notable is the identification of the endocannabinoid system named after the active ingredient Delta-9-Tetrahydrocannabinol (THC) in Cannabis Sativa.  The endocannabinoid system plays a significant role in the human body's interactions with cannabis.  This includes how the user feels, reacts, or moves when they ingest CBD-infused products.

In this post, we'll cover everything you need to know about the endocannabinoid system and the role it plays in the human body. Let's begin!

What Is the Endocannabinoid System?

The endocannabinoid system is responsible for balancing and regulating bodily functions.  It's a molecular system that targets immune response, appetite, communication between cells, memory, and so much more.

Folks use hemp-derived products for many different reasons.  Some get it for its medicinal benefits, while others use it recreationally.  No matter what it is used for, cannabis produces healthy outcomes in the human body.  This is due to one primary reason: the human body has a biological system called the endocannabinoid system which interacts strongly with cannabinoids.

This system is made up of loads of neurons.  It is also the most extensive neurotransmitter system in the human body.  It's critical to maintaining the overall health of the human body and controls the majority of body functions.  More importantly, it is essential to homeostasis.

How Homoeostasis Works In The Human Body

Homoeostasis is key to understanding the endocannabinoid system.  It is also essential to maintaining the health of the human body. Homoeostasis is a critical concept in biology.  In layman terms, it means maintaining equilibrium within the body.

The body has several biological systems, such as the digestive and cardiovascular systems.  These systems need to be kept in a steady state of balance.  When in balance, the body can perform at its best.  This is where homeostasis plays a significant role.  It regulates these systems to achieve a middle range that keeps everything in check.

One example of homeostasis at work is temperature regulation.  When the temperature rises to sweltering heat levels, the human body starts to sweat as a way of cooling down.  All other systems react to external stimuli this way.

All vertebrate species have an endocannabinoid system that works to maintain the balance of various physiological processes.  Some examples of these processes include pain, sensation, and appetite. It also regulates processes such as metabolism and immune function.

The Components Of The Endocannabinoid System 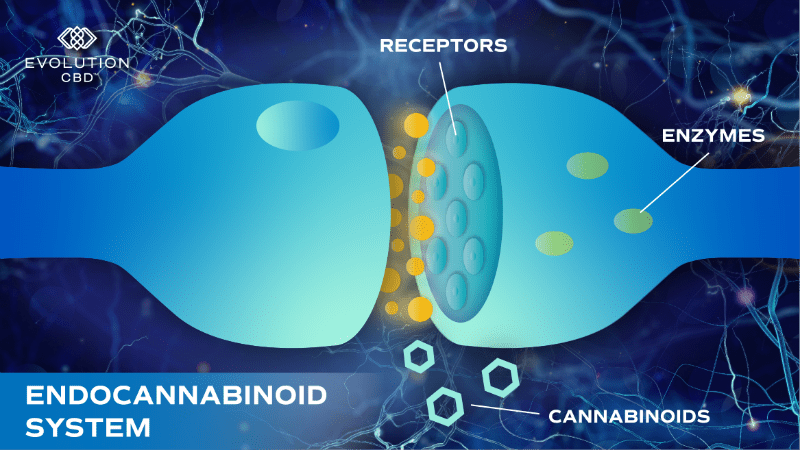 Cannabinoid receptors are found on the surfaces of the cells of the human body.  They act as messengers, passing on information about any changes to the environment to the internal parts of the cell.  Depending on the message, this can spark a cellular response to the transmitted modifications.

CB2 receptors, on the other hand, transmit information related to the gut, kidneys, and pancreas.  They also activate receptors in the liver and the reproductive system.

The metabolic enzymes are critical to proper homeostasis due to the full range of cellular functions they perform during the regulation process.  They act as sanitary inspectors and cleaners.  These enzymes (FAAH and MAGL) clean and dispose of the endocannabinoids from the body after they have been used.

FAAH breaks down and disposes of anandamide and MAGL breaks down the 2-AG.  These two enzymes also ensure that the body only uses endocannabinoids when necessary.

The body depends on two endocannabinoids for all of its regulatory functions.  These endocannabinoids are 2-AG and anandamide.  They are made up of fatty molecules that are synthesized once needed.

Are Cannabinoids Different From Other Neurotransmitters?

The human body has various neurotransmitters, also called hormones or neurons.  These neurons communicate with the body and other neurons through chemical messages.  These messages play a crucial role in directing and regulating how we think and react to external stimuli.

The messages are sent via chemicals called neurotransmitters.  These chemicals are released from the presynaptic cell.  They travel across the synapse once released and attach themselves to receptors.  These receptors are usually located on the postsynaptic cell.  Here, they jolt the recipient neuron into action.  All these actions combine to pass the message along to the recipient cell.

However, the endocannabinoid system works differently.  Its messages are sent backward.  The postsynaptic cells first receive a signal.  Then the cannabinoids are activated by the fatty cell component of the cell.  They then travel backward and end up on the presynaptic cell.  Here, they attach themselves to the cannabinoid receptors.

Why is this distinction important?

How Does The Endocannabinoid System Regulate Neurons?

Neurons communicate by firing electrochemical signals at each other.  The messages are usually triggered by activity from the partner cell. However, neurons always attempt to regulate the number of messages they send out daily.  In cases where the neuron continually keeps sending out messages, the cell can become toxic.  The endocannabinoid system helps regulate the cells and ensure that this doesn't happen to any neurons.

In situations when a cell is firing out messages in rapid succession non-stop, it can also affect other neurons.  This can create an unstable network of neurons all firing messages continuously.  The recipient cell produces endocannabinoids at the point where it is connected to the toxic cell to prevent this from happening.

The endogenous cannabinoids then bind to the CB1 receptors on the primary cell.  These receptors transmit signals that force the overactive neuron to stop sending continuous messages. This is how the cells combine to keep the biological system in order.

How Does The Endocannabinoid System Work Within The Brain?

As discussed earlier, endocannabinoids move backward.  This is why some experts term them as retrograde signals.  These types of messages are necessary because they help to recipient cells regulate the number of messages they receive from other neurons.

Signals in the brain travel from the cell, sending the message to the recipient cell.  However, the retrograde signals allow the brain to send messages or commands in the opposite direction.  This lends the brain the ability to control overactive cells and maintain homeostasis.

How Does The Endocannabinoid System Regulate Inflammation?

When an infection attacks the human body's immune system, it reacts with inflammation as a natural protective measure.  The inflammation helps reduce damage to the tissue.  It also acts as a disinfectant to clean the affected area of any pathogens and germs.  Inflammation happens as the immune cells, and fluid cells start the process of homeostasis in the infected area.

However, inflammation must lessen once the infection has cleared off, or else it can become toxic to the body.  If the immune system is activated, conditions such as auto-immune disease or chronic inflammations can happen.  This is where retrograde signals come in handy.  They fire messages that inform the immune cells to withdraw from the recently healed area and reduce the inflammation.

CBD interacts with the CB1 and CB2 receptors.  They can also control the number of natural endocannabinoids the brain cells are firing.  Experts call this the "endocannabinoid tone."