Buy your products containing CBG at Evolution. CBG oil and flower options are available, plus each product comes with an updated lab report. Shop today!

CBG products from Evolution are made from pure high-quality hemp extract.  You can choose from the variety of CBG products we offer which are rich in terpenes.  All of the Evolution CBG products are sourced from our US-based hemp farms and contain the third party lab test results for ensuring your product meets the standard for purity and potency.  Shop today to find the CBG products you want to try next! 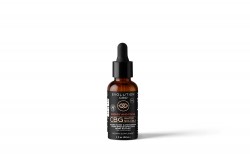 What's the Science Behind Cannabigerol (CBG)?

Cannabigerol (CBG) is considered the “Mother of All Cannabinoids” and CBG is produced naturally from the hemp plant.  Once harvested, the plant material is broken down and yields CBG contents in the form of cannabigerolic acid. Due to CBG being considered a minor cannabinoid, CBG is often found to convert into other forms of cannabinoids during the photosynthesis process. CBG needs to be extracted in a timely manner before photosynthesis occurs, and the CBG cannabinoid is not plentiful in the hemp plant material.  This particular CBG cannabinoid is rare by its nature, and since it’s not as plentiful as other cannabinoids (for example, CBD) in the hemp plant, it can be difficult to obtain in its natural form. CBG is one of the 100+ cannabinoids found in the industrial hemp plant.  CBG is a non-psychoactive cannabinoid and won't provide a "high" like THC does, but it can support health functions.

Cannabigerol (CBG) provides many health benefits.  Like CBD, CBG reacts with the cannabinoid receptors in the brain and is known to enhance overall well-being.

Here are just a few of the many benefits that CBG has been shown to provide:

Similar to the use of CBD, CBG can support molecular health and provides you with excellent nutritional value.

What are CBG products?

CBG products are finished goods produced from the root of all cannabinoids, Cannabigerol (CBG).  CBG products come in many forms including CBG Oil and CBG Hemp Flower, for example.  Buy CBD flower bulk options are just like purchasing your CBD products, and can be purchased using your account.

How does CBG work?

How is CBG different from CBD?

Though more research is underway to discover the different interactions of CBG compared to CBD, we do know that all CBD (and CBG) begins as a form of CBG -- cannabigerolic acid (CBGA), to be exact. Early in the life cycle for a hemp plant, CBGA exists and then converts to cannabidiolic acid (CBDA) as the plant matures, which then yields CBD. This is a part of the reason why CBG is one of the most difficult cannabinoids to produce, as it can take hundreds (to thousands) of pounds of hemp biomass to provide small amounts of CBG.